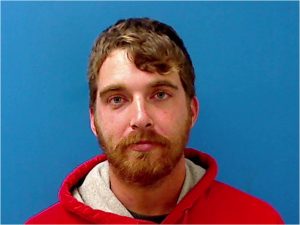 A Catawba County man is facing a series of charges after his arrest by Newton Police. 27 year old Dylan Lee Martin of Newton was taken into custody on Saturday and charged with assault with a deadly weapon with intent to kill, assault by point a gun, and criminal contempt. Details of the incident have not been released. Martin was placed in the Catawba County Detention Center and is scheduled to appear in court on Tuesday, November 13th.