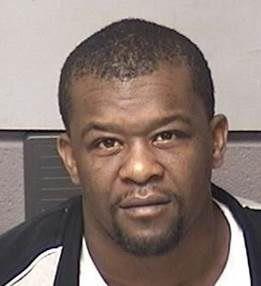 Statesville Police on Friday arrested a man suspected of murder in a case that dates back to 2015.

35 year old Okiera Donnell Myers was taken into custody. He is charged with the murder of Leon Treymaine Bradshaw on August 30, 2015. Myers is also suspected of another shooting earlier on the same day according to a release from the Statesville Police Department.

Officers responded to a report of gunfire around 5am on August 30th, 2015. Bradshaw was found in a residence suffering from a gunshot wound to the chest. He was transported to a hospital but died of his injuries.

Myers is charged with murder, assault with a deadly weapon with intent to kill, and possession of a firearm by a convicted felon. He is being held in the Iredell County Detention Center without bond.