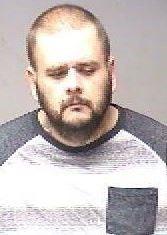 An Ohio man is facing a long list of charges following police chase in Statesville. 33Year old Sammie Lee Barnett, of Norwalk, Ohio, was driving more than 65 mph on Salisbury Highway around 7 p.m. last Wednesday, according to a Statesville Police. The speed limit is 45. Officers tried to pull over the vehicle, but Barnett did not stop. Barnett threw multiple items out of the car window, crossed the median and began traveling the wrong direction in the westbound lanes. The chase ended when Barnett backed into a police vehicle. The vehicle had been reported as stolen and was fitted with a fake license plate.

Barnett has outstanding warrants for his arrest from Ohio on methamphetamine charges. Statesville Police charged Barnett with felony flee to elude, resist or obstruct an officer, assault with a deadly weapon on a government official, damage to property, possession of a stolen vehicle, possession of a Schedule II controlled substance, possession of drug paraphernalia, possession of an open container in the passenger area of a vehicle and multiple traffic violations. Bond is set for $520,000.