A man is in custody after leading officers on a two -county high speed chase that reached speeds of 120 to 140 miles per hour. A report was received that a pickup truck had been stolen from Lee Industries in Conover. The vehicle was spotted on Highway 10 by a Catawba County Sheriff’s Deputy. The deputy attempted to stop the vehicle but it fled at a high rate of speed into Burke County. Officers from Burke County and the North Carolina Highway Patrol joined in the pursuit. The driver of the alleged stolen truck returned into Catawba County and crashed near Blackburn Elementary School, striking another truck. 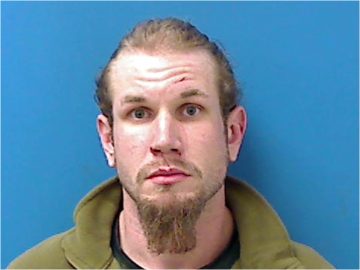 25 year old Benjamin Noah Mccan of Newton is charged with a long list of offenses including fleeing to elude arrest with a motor vehicle, possession of a stolen motor vehicle, larceny of a motor vehicle, reckless driving to endanger, failure to heed light or siren, injury to real property, and driving while impaired. The Highway Patrol indicates that Mccann was impaired and several syringes were located in the crashed truck. Mccann was taken to an area hospital with unspecified injuries. There is no report of any other injuries.

Mccann is listed in the Catawba County Detention Center under a combined bond of $36,500 as the investigation continues.