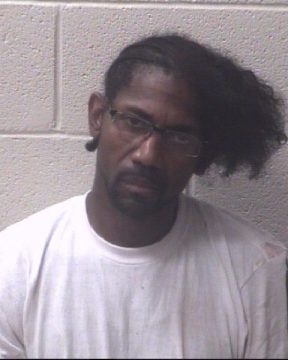 Taylorsville Police arrested a homeless man on Tuesday after he allegedly attacked a female.

Officers responded to the Taylorsville Motel regarding an assault. 39-year old Kelvin Anthony Dula was charged with assault with a deadly weapon (Brass Knuckles), interfering with emergency communications, and felony identity theft. He was also served with a faulure to appear warrant from Caldwell County for larceny. Dula was placed in the Alexander County Detention Center without bond. A June 7th court date is set in District Court.

Dula has faced in excess of 100 charges over the course of the last several years.