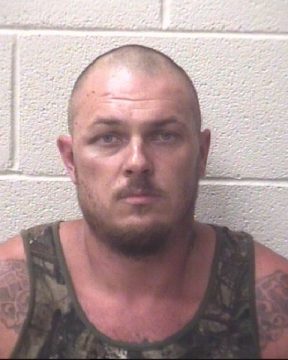 Following a vehicle chase Friday evening, 33-year old Eric Tyler Skar was arrested in Alexander County. Skar has been charged with felony flee to elude arrest with a motor vehicle and failure to heed blue light or siren. Skar has been released with a secured bond of $3,500. A June 6th court date is listed.

Skar has a long list of previous charges pending in Alexander County that include hit and run, failure to report a traffic accident and resisting a public officer.