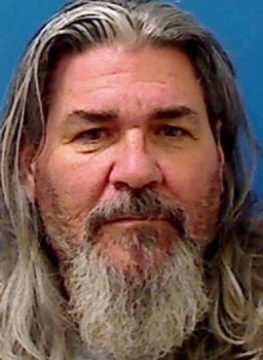 53-year-old Jeffery Dean Tucker of Maiden has been given an active prison sentence of eight to 10 years for felony flee to elude arrest with a motor vehicle and his habitual felon status.
Tucker was sentenced to the active prison term on Friday (February 22) by the Honorable Daniel A. Kuehnert, Superior Court Judge from Burke County, more than a year after he was found guilty of the offenses by a Catawba County jury.

The defendant was found guilty on February 15, 2018, but sentencing was deferred at that time until a pre-sentencing evaluation of the defendant was completed by the North Carolina Division of Adult Corrections.
Tucker was wanted on federal warrants when he was spotted driving a vehicle by officers with the Catawba County Sheriff’s Office on December 18, 2014. He led multiple officers on a high-speed chase before exiting his vehicle and disappearing into a wooded area. He later was taken into custody.

Tucker’s sentence length was enhanced by his habitual felon status stemming from prior convictions for common law robbery (March 1986), assault with a deadly weapon inflicting serious injury (February 1988) and breaking/entering (February 1995), all in Catawba County.