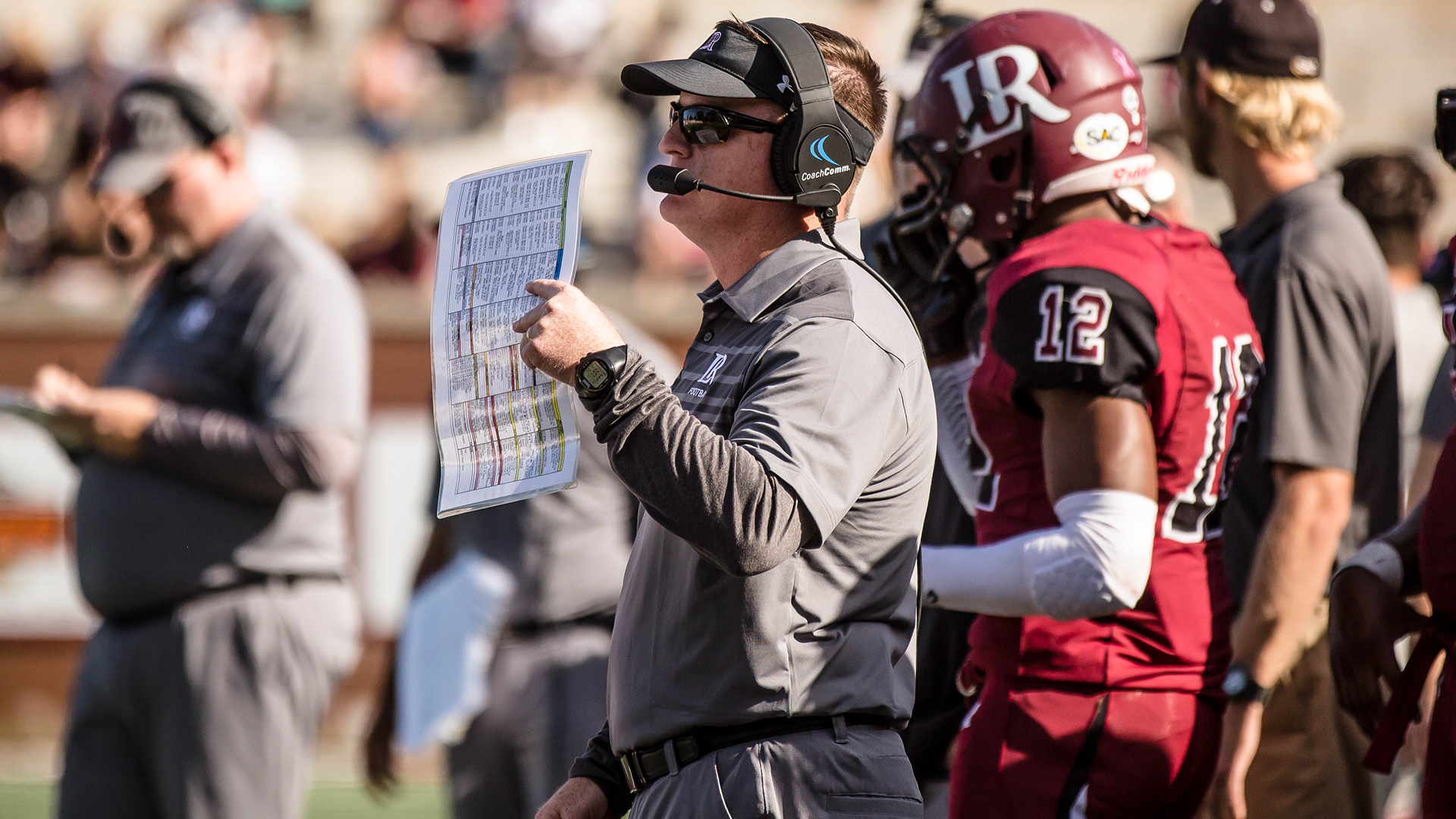 In his first season at the helm, Lenoir-Rhyne Head Football Coach Drew Cronic was named the American Football Coaches Association (AFCA) Regional Coach of the Year. Cronic turned the Bears from a 3-win team in 2017 to a 12-win program this year, the largest turnaround in Division II.

The 12 wins in 2018 marked the second-highest total in program history and Cronic led the Bears to a trip to the Super Region 2 Finals for just the second time in team history. The Bears won 12 straight games this year and didn’t lose a game for over three months.

Despite being picked to finish sixth in the South Atlantic Conference preseason poll, the Bears went a perfect 7-0 in league play to capture the eighth SAC Championship all-time.

The Bears entered the National polls on Oct. 22 when they were ranked No. 24 in the nation. LR would move up to No. 21 the following week and No. 17 in the final regular season rankings. After the Playoffs were wrapped up, LR was ranked No. 8 in the final AFCA National rankings.

Cronic’s offense produced some record-breaking numbers in his inaugural season. QB Grayson Willingham’s 26 touchdowns shattered the previous single-season record of 18 and his 2,281 yards ranks as the second-most in team history. The 2,570 team passing yards and 30 team passing touchdowns are new records, along with 574 points scored.

“It’s great that our program is getting noticed,” commented Cronic. “It’s a program award. It means that people are taking notice of the hard work our coaching staff and our kids have put in. Head coaches win awards because of outstanding players and outstanding assistant coaches.”