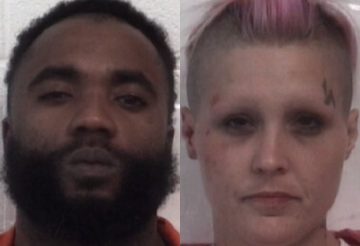 A man and woman from Caldwell County have been charged with a robbery. 34 year old Carey James Caldwell Jr of Lenoir and 30 year old Christy Owens Rodriquez, also of Lenoir were arrested Saturday by Lenoir Police.

Both subjects are charged with felony robbery with a dangerous weapon, larceny of a motor vehicle, and conspiracy to commit robbery. Caldwell’s bond is set at $60,000 secured while Rodriquez was granted a secured bond of $10,000. Both were scheduled to appear in court on Monday.