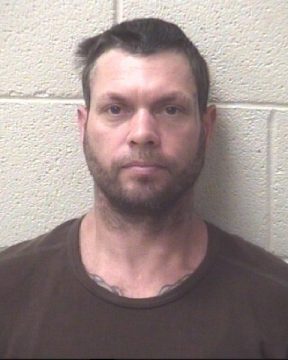 A Lenoir man is being held without bond in the Alexander County Detention Center.

Taylorsville Police arrested Ritchie in February after a traffic stop involving a license tag that was reported stolen from McDowell County.

He has an Alexander County Court date scheduled for July 19th.