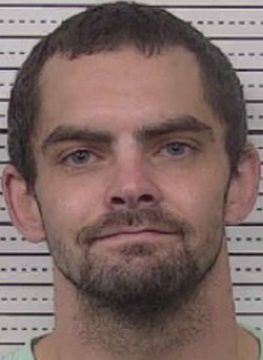 A Lenoir man is charge with a bizarre armed robbery attempt.

Lenoir Police say 29-year-old Logan Ryan Jones used a lighter and spray can of deicer to cause a fire at a convenience store Wednesday.

He allegedly walked up to the cashier at the store on Harper Avenue with the lighter, spray can and a note demanding money. The clerk refused and that’s when Jones ignited the deicer with the lighter, which started a fire near the register. The small blaze was quickly extinguished.

Jones is being held in the Caldwell County Detention Center under secured bond of $250,000 and is scheduled for a court appearance today.