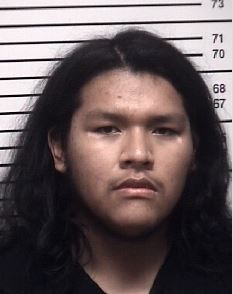 An Iredell County rape suspect has been arrested at the United States-Mexico Border.

According to information released today by the Iredell County Sheriff’s Office, a report was filed in October concerning a 14 year old female having been assaulted by a twenty year old male subject. The suspect was identified as 20 year old Jesse Jacinto, who listed an address in Harmony.

Detectives received information about the suspect having fled Iredell County, and he was believed to be traveling to Mexico. An arrest warrant was issued for Jacinto. On Thursday, January 24, 2019 Jacinto was detained by United States Homeland Security Customs and Border Security Agents, at the Laredo Texas Border Crossing. Jacinto was attempting to cross back into the United States from Mexico.

Jacinto was extradited back to Iredell County on Monday, February 18th. He is charged with felony statutory rape of a child and is currently being detained in the Iredell County Detention Center under a secured bond of $250,000.