An inmate escaped from the Alexander County Detention Center overnight. The escape was reported shortly after 9 pm. 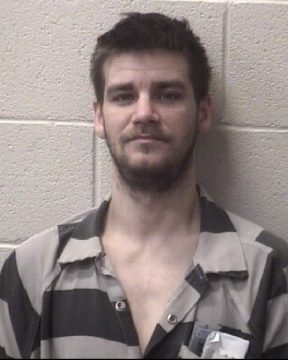 According to the Alexander County Sheriff’s Office, the inmate, 33-year-old Jason Mullen, was working as a trustee and helping with food being delivered. Mullen reportedly went out to empty trash, then ran in the direction of the CVCC Alexander Center across the street. It was there wwhere he stole a vehicle and drove off.

Citizens are asked to be on the lookout for Jason Mullen who is described as a white male, who stands 6′2″ tall and weighs 160 pounds. He has brown hair and blue eyes.
He may be in a stolen gray 1987 Dodge truck with a camper top and a 24 inch LED bar light on the front bumper. The license plate number is DKJ-7042.