Ben Hines, who served as Alexander County Register of Deeds since 1986, was honored at a reception held Monday, December 3 at the CVCC Alexander Center for Education. Attendees enjoyed a time of fellowship with Hines and his family, while also enjoying refreshments. 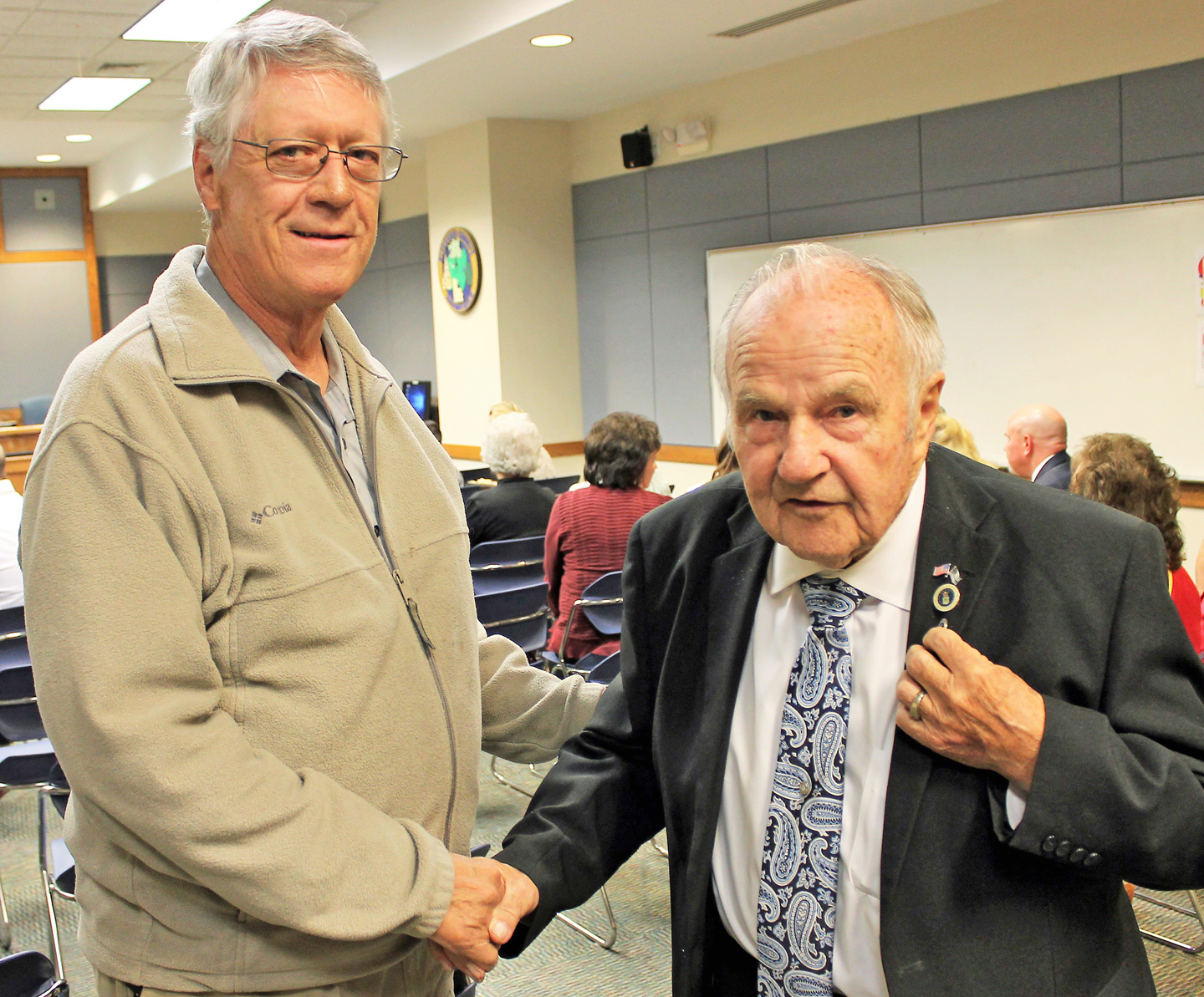 Hines was presented a “Key to the County” by the Alexander County Board of Commissioners at their December 3rd meeting to recognize him for his 32 years of service to the county.
Prior to being elected as Register of Deeds, Hines retired from the United States Air Force with a rank of Chief Master Sergeant with 31 years of service to his country. With his two roles combined, Hines has dedicated more than 63 years to his country and county.
He is a recipient of the Order of the Long Leaf Pine award, which is the most prestigious award conferred by the Governor of North Carolina for his exemplary service to state and community.
He recently spearheaded the American Legion and veteran organizations’ efforts to erect three flagpoles at the Alexander County Administration building on Liledoun Road.
Hines has worked tirelessly throughout the years with the Alexander County Veterans Services office and veterans organizations to honor local veterans with an annual Veteran’s Day program.
He also helped organize and lead many of the festivities of the Alexander County’s Sesquicentennial Observance (150th Anniversary), which most notably included the refurbishing and creation of a bell tower on the courthouse lawn to accommodate the county’s bell that was placed in the original courthouse in 1902. Hines served as co-chair with local attorney Jerry Campbell on this endeavor.
Hines has also served more than 20 years as a deacon and member of First Baptist Church in Taylorsville. He has served on numerous committees and has been the chairperson of various committees of the church.
As a long time member and supporter of the Ellendale Ruritan Club, Hines has held almost every office and position with the volunteer group. Since January 1984, he has served as club president for two terms and in other leadership roles.
Hines and his wife Gwen (who died after a courageous battle with cancer) had five children: Sherry, Benji, Alicia, Scott, and Amy. He is now married to Margie Bumgarner Mays Hines. Combined military experience in the Hines family now totals 130 years.