The NC Hwy. 127 widening project and a proposed “swap” with the City of Hickory were discussed at a meeting with NC Department of Transportation Division 12 Engineer Mark Stafford on Monday, July 25. Alexander County Commissioners Ronnie Reese, Marty Pennell, and Kent Herman were in attendance, along with members of the Alexander County Board of Education, Superintendent Dr. Jennifer Hefner, and interested citizens.

If the project proceeds as originally planned, the NC Hwy. 127 widening project would run from Cloninger Mill Road in Catawba County to Richey Road in Alexander County, with a four-lane divided highway and a new two-lane bridge. The Alexander County portion will include a sidewalk on the east side and a multi-use path on the west side.

Stafford led the discussion at the meeting and explained the current plans for NC Hwy. 127 as well as a proposal from the City of Hickory to swap part of the Alexander County portion of the road project for various benefits to be determined by both parties.

County Manager Rick French said the county hasn’t received much information about the project recently, but plans to meet with City of Hickory officials this week if possible to discuss more details about the swap. 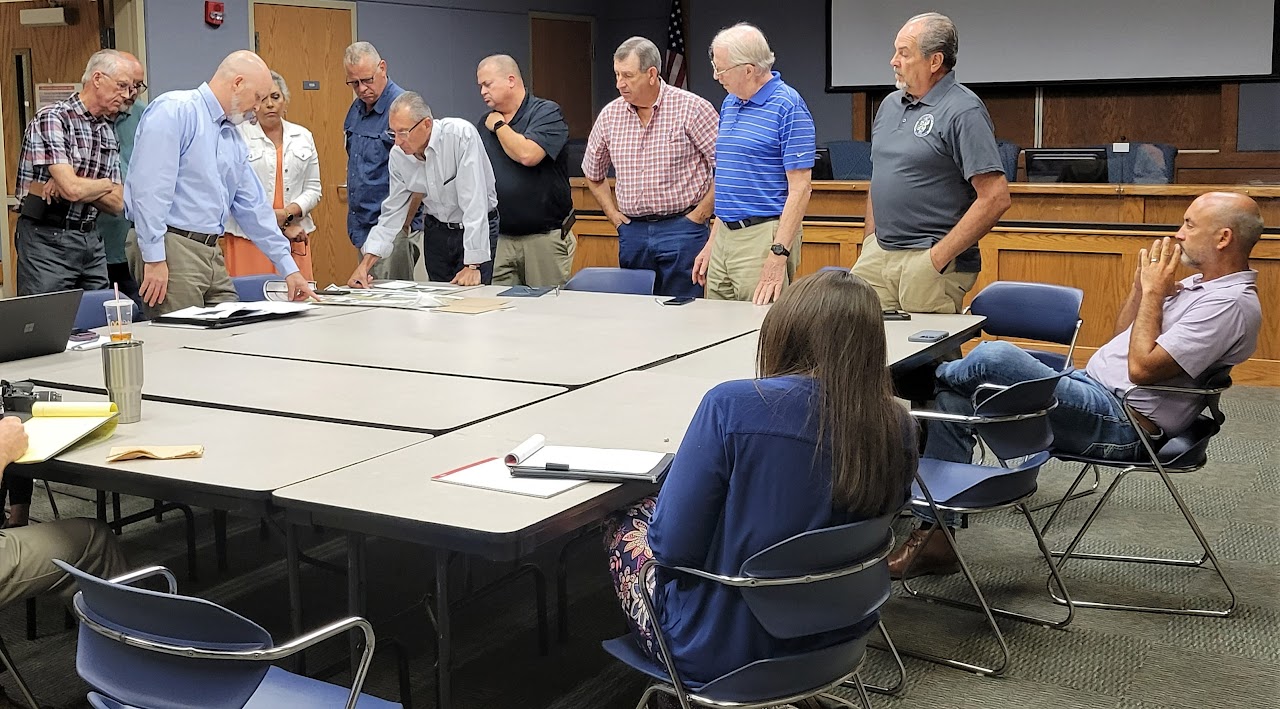 Stafford said if the swap is accepted, the widening project would end at Shiloh Church Road near Mt. Pisgah Lutheran Church. In either case, NCDOT will construct a southbound right-turn lane onto Bethlehem School Road and that intersection will have a traffic signal.

“If you don’t agree with the swap, the project will go all the way to Richey Road as originally planned,” Stafford stated.

Stafford said the City of Hickory would like to use some of the NCDOT funds from the NC Hwy. 127 project for a Startown Road project, which is currently unfunded.

“Even before COVID-19, the DOT had funding issues. As of now, the STIP (State Transportation Improvement Program) is overprogrammed and no new projects are being funded,” Stafford related.

Commission Chairman Ronnie Reese said, “Initially, there doesn’t appear to be much of an advantage to Alexander County unless Hickory significantly helps us with other projects.”

A representative from NCDOT is expected to make a formal presentation on August 1 at the regular meeting of the Alexander County Board of Commissioners. The meeting will begin at 6:00 p.m. in room #103 at the CVCC Alexander Center for Education.

The 2020-2029 NCDOT State Transportation Improvement Plan (STIP) is available online at https://connect.ncdot.gov/projects/planning/STIPDocuments1/NCDOT%20Current%20STIP.pdf. The plan was most recently updated in July 2022. Information for Division 12 begins on page 349.

Update: A representative with NCDOT was scheduled to speak at the August 1st meeting of the Board of Commissioners, but following a phone conversation on Wednesday, the presentation was postponed as it appears that NCDOT will receive additional funds and needs more time to review current STIP projects.

Alexander County Manager Rick French said on Wednesday “We’re trying to gather as much information as possible about the project.”