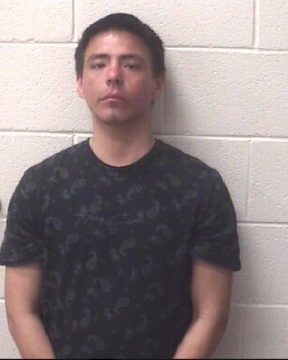 23 year old Joel Keith Dokum of Hiddenite was placed in custody on Wednesday. He was served arrest warrants for failure to appear on charges filed by Taylorsville Police in April of 2021. Dokum was charged then with felony larceny and possession of drug paraphernalia. He has now been charged with possession of schedule VI controlled substance as of this morning remains in the Alexander County Detention Center with a secured bond of $17,500. A March 14th court date has been scheduled.