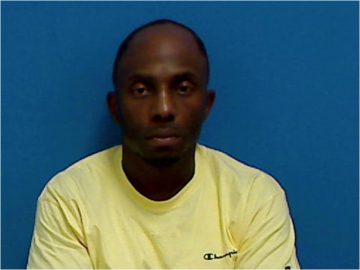 A Hickory man has pleaded guilty to an assault charge in Catawba County Superior Court. He was sentenced to at least 10 years in prison.

44-year old Thalmus Jaton Linder was given an active prison sentence of 10 to 13 years following his conviction for assault with a deadly weapon with intent to kill inflicting serious injury during Catawba County Superior Court on Monday.

The offense occurred on June 8, 2021. Following a dispute at a video gaming establishment on Lenoir Rhyne Boulevard in Hickory, Linder was asked to leave, the district attorney’s office said.

As Linder was leaving the parking area in his car, he struck a male who was leaving the establishment on a bicycle. The victim was on his bicycle behind Linder’s car. Linder backed up and bumped him according to the arrest report.

As Linder pulled forward and turned, the victim was struck again. The victim was caught under the car and dragged out of the establishment’s driveway and down the street.

The victim was taken to Wake Forest Baptist Medical Center for treatment of serious injuries, the district attorney’s office said.

Surveillance video from surrounding businesses captured the assault on camera and assisted with the investigation according to Hickory Police.