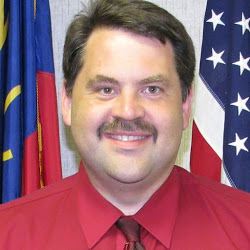 Herman previously served as PIO for the City of Newton from 2006 to 2012. Prior to that, he worked at The Taylorsville Times for 12 years. Rick French, Alexander County Manager, said that Herman’s communications experience and knowledge of Alexander County are a great combination for the PIO position. “I appreciate Gary’s service as Small Business Development Coordinator for the past six years, during which time he has been doing a substantial amount of PIO work. I’m excited that we are able to make the PIO position a full-time job,” French said. “We believe his experience, knowledge, and love of Alexander County make him the right person for this job. He will be a true asset in helping the county and the EDC communicate with our citizens, businesses, and visitors.”

David Icenhour, EDC Executive Director, believes the new job is a natural transition based on Herman’s skills and experience. “Combined with his years of communications experience and his interaction with the people of Alexander County, I believe Gary will do an outstanding job in his new role as PIO,” Icenhour stated. “Much of his duties at the EDC for the past six years has been related to public relations and communications, so it’s a smooth transition as he becomes the county’s new PIO.”

An Alexander County native and current resident of the Ellendale community, Herman said he is excited to be the PIO for Alexander County. “I love Alexander County, and will now be able to devote more time and effort to enhance the county government’s and the EDC’s engagement with the community,” Herman related. “I’m appreciative of this opportunity, and look forward to working with a fine team of county employees and officials, businesses, and citizens in this new role.”

Herman and his wife, Jennifer, have two children: Robbie, age 15, and Charlie, age 12.