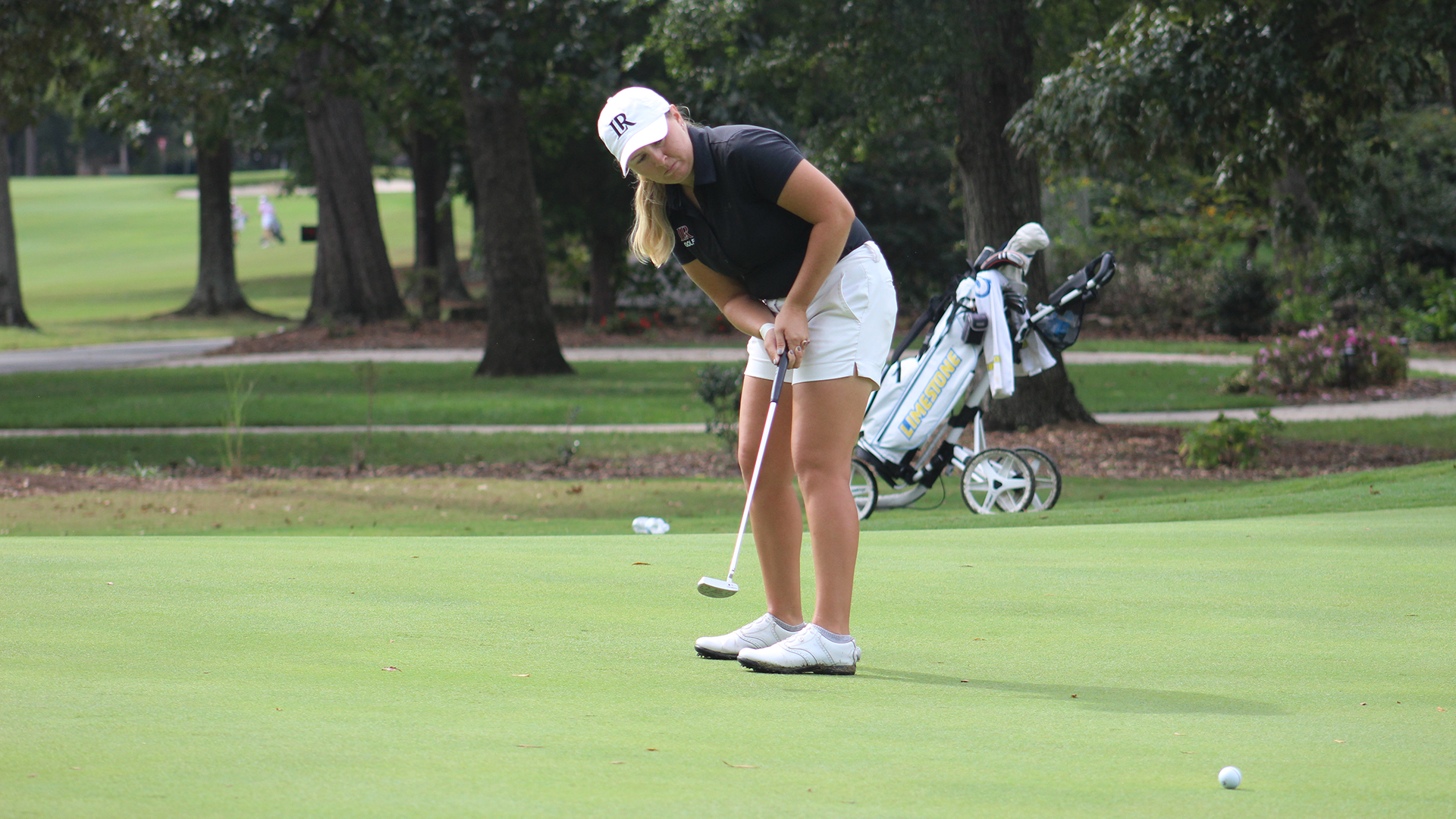 Salisbury: It came down to the final hole for senior Abbey Hartsell, and the Alexander Central product knocked in a birdie on hole 18 to claim the individual tournament title, pushing the Lenoir-Rhyne Women’s Golf Team to a second-place finish at the Patsy Rendleman Invitational on Tuesday. The Bears scored 292-293-585 as a team for the two-day event.

Hartsell was crowned individual champion, scoring 69-71-140 for the tournament and was followed closely behind by sophomore Megan Robb, who finished T-6th with a score of 70-74-144 on the scorecard. Junior Ainee O’Connor kept pace from Monday, finishing with her third consecutive top-20 performance, finishing T-17th with a consistent 75-75-150 for the tournament. Senior Chelsea Mansel improved seven strokes on the second day, finishing 80-73-153. Completing Lenoir-Rhyne’s top-five, freshman Patricia Asensio recorded her two-day stint with a 78-86-164 score.

Following up on the hole-breakdown from yesterday’s action, Robb continued her elite play on par-3 holes going 2-under on the day in that category, which is second overall in the field. Hartsell found herself in elite company when looking at the holes in the par-4 categories. She managed to be second in the field with a 2-under mark for the tournament. Finally, when looking at the par-5 category, Robb was tied for second, 5-under in the most challenging holes on the golf course.