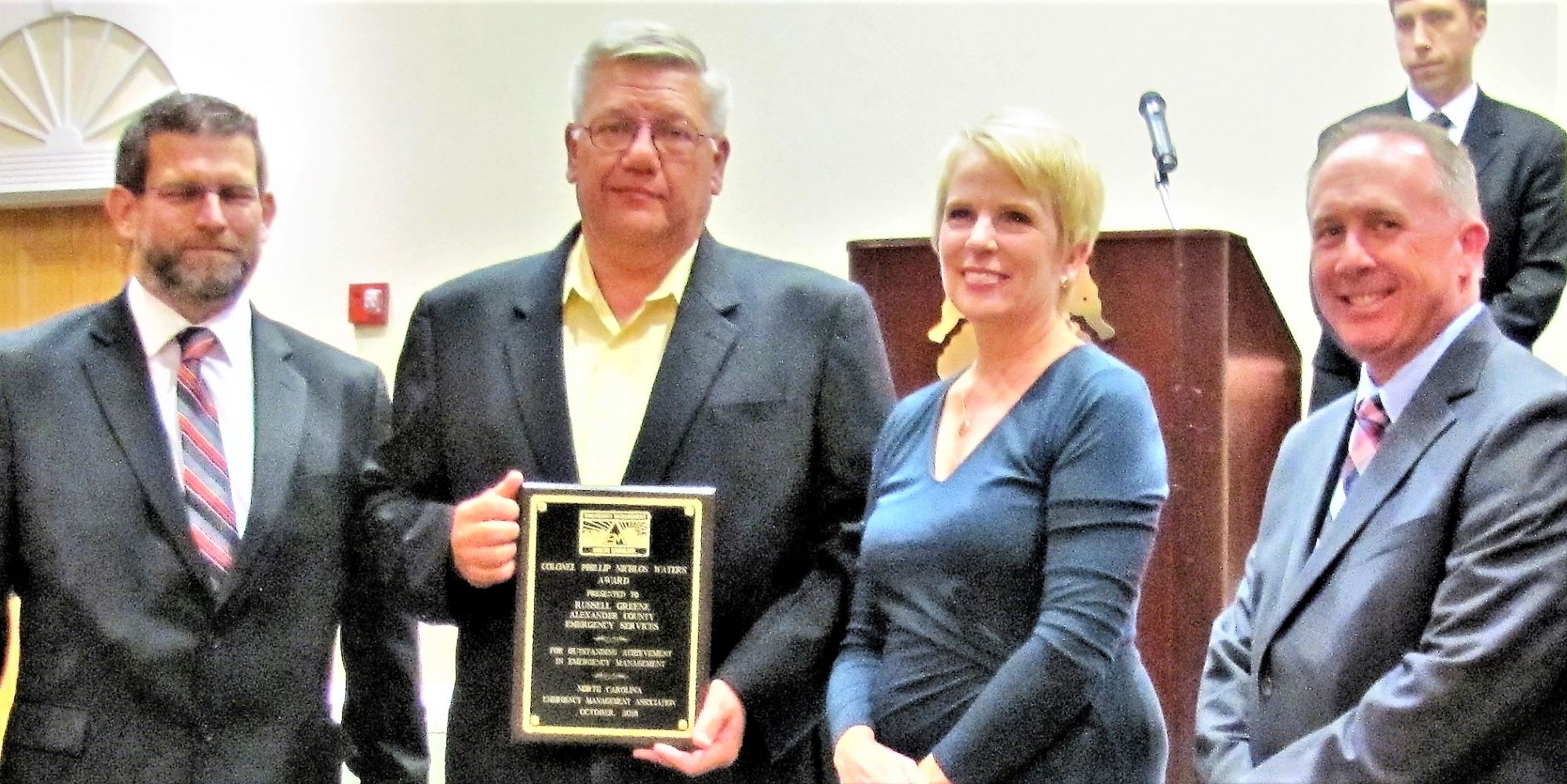 The award is presented to the local Emergency Management Coordinator/Director who has demonstrated outstanding achievement in their local program and has contributed to the overall advancement of the Emergency Management System across the State. Criteria for the award include: currently holding the director position with a minimum of two years experience, a minimum of an Executive Emergency Manager certification, and a written endorsement from the county manager or commission chairperson.
“It is humbling to receive an award from your peers, but having the opportunity to read all the letters of support is even more humbling,” Greene stated. “I accept this award on behalf of Alexander County, as it is only possible when you are supported by a great team, which includes everyone involved in our local emergency efforts and plans.”

Greene was recognized locally for earning the award at the November 5th meeting of the Alexander County Board of Commissioners.

Greene has been employed by Alexander County Government since May 1999.