An unoccupied home burned this morning and the Fire Marshall’s Office is calling it suspicious. 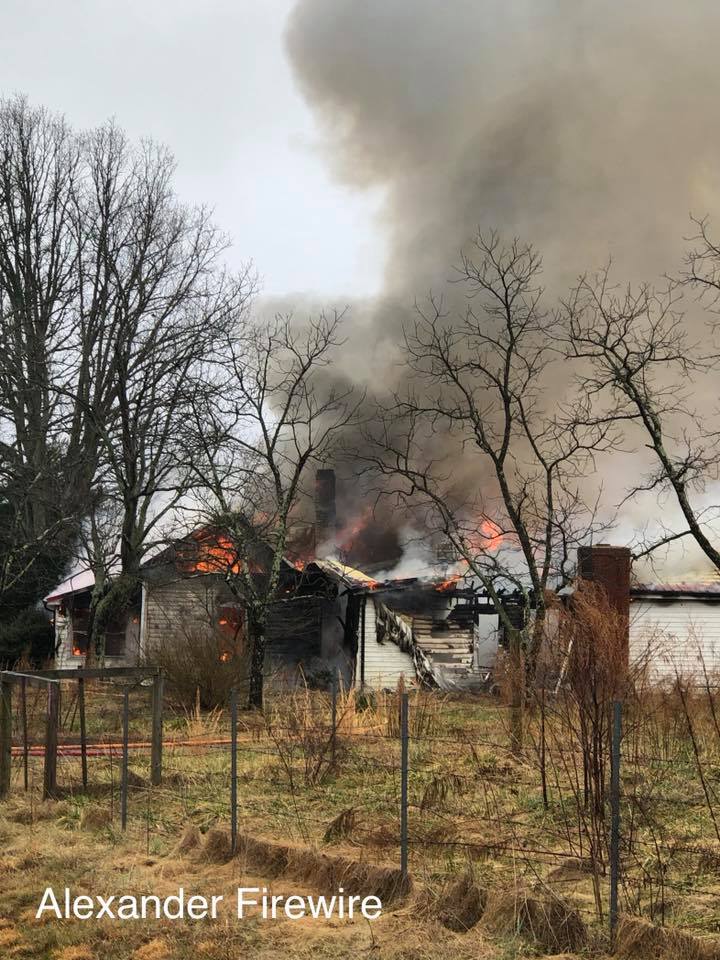 Units from Stony Point, Hiddenite, Wittenburg, Ellendale, and Taylorsville, all responded to 222 Carl Fox Road to find a structure consumed by flames. According to Deputy Fire Marshall Mark Earle, the home had been unoccupied for several years and had no electricity. He has yet to determine the cause of the fire but he says it is suspicious in nature.

The investigation is ongoing by the Fire Marshall’s Office and the Alexander County Sheriff’s Office.