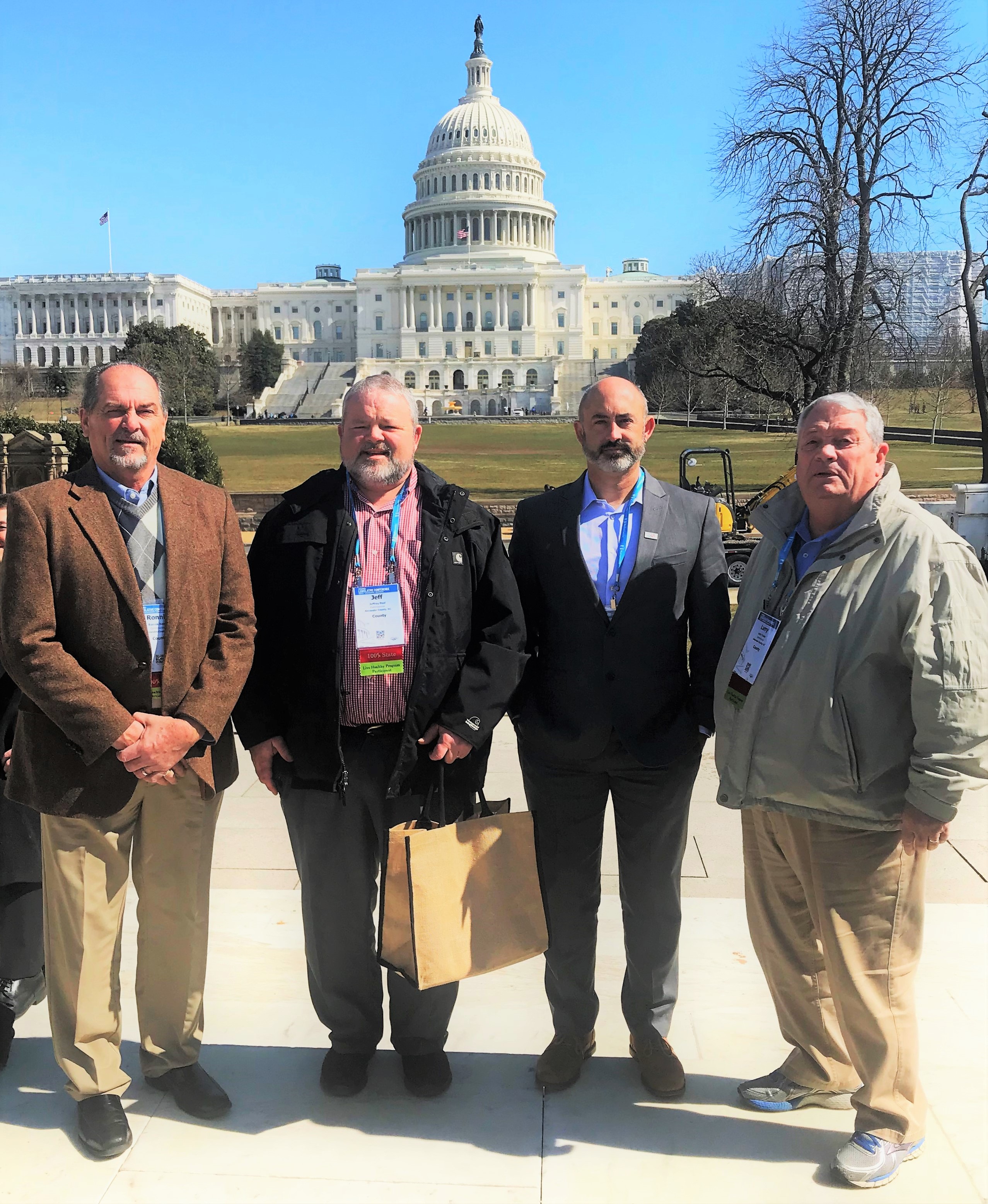 During the conference, Alexander County officials attended numerous meetings and events. They attended a briefing in the Longwirth House Office Building on “Fixing the FAST Act” (Fixing America’s Surface Transportation); a North Carolina reception attended by Senators Richard Burr and Thom Tillis, with a discussion about an infrastructure bill which includes transportation, water, sewer, and broadband; a North Carolina Caucus at the Washington Hilton; and a wreath-laying ceremony at the Tomb of the Unknown Soldier at Arlington National Cemetery.

“The NACo Legislative Conference was a great opportunity to meet with other county leaders from across the nation,” said Alexander County Commission Chairman Jeff Peal. “The conference also provided an avenue to meet with our elected officials, and discuss our needs and goals in Alexander County, which many counties in the United States share with us.”

“Decisions made by the White House, Congress, and federal courts have major impacts on our ability to lead our communities and pursue a better future,” said NACo President Greg Cox. “This conference is an opportunity to strengthen our relationship with our federal partners as we help residents forge pathways to live well and thrive.”

As part of its policy advocacy, NACo launched an updated “Counties Matter” campaign to illustrate counties’ vast role in advancing America’s policy priorities at the local level. NACo also launched a new and improved County Explorer. The tool, which allows users to map data at the county level, now works on mobile devices, and is more accessible and user-friendly.

There were more than two dozen policy workshops featuring county officials and other leaders in the public, private and nonprofit sectors. They focused on topics like the opioid crisis; early childhood investments; workforce and economic development; transportation and infrastructure; public health and safety; mental health and jails; and cybersecurity and technology.