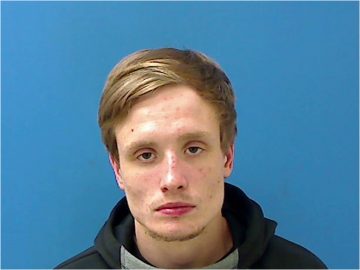 A Conover man is behind bars facing charges including a probation violation from Alexander County. 25 year James Robert Anderson is being held in the Catawba County Detention Center after being arrested on Monday. Anderson was wanted for probation violations in both Alexander and Catawba County. He is being held under a secured bond of $55,000. Anderson is scheduled to appear in court on November 5th.