At their October 1st meeting, Alexander County Commissioners unanimously approved the funding for a new speculative industrial building in the Alexander Industrial Park. 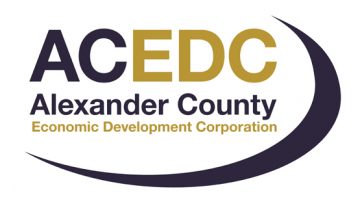 A total of $2,250,000 will be appropriated from the county’s fund balance to construct a 50,000 sq. ft. shell building, which includes design, required site development, and building construction. The building is currently planned to be located behind the Craftmaster plant on NC Hwy. 90 East and could be rail-served.
“Once complete, the new shell building will put Alexander County on the map for an industry that is looking to expand or relocate,” said Ronnie Reese, Chairman of the Alexander County Board of Commissioners. “We believe this building will sell fairly quickly, and then we can use those funds to construct another building. With the increases in jobs and tax base, this is a win-win for Alexander County. It’s time for us to seize this opportunity.”
One major component of the 2017 Comprehensive Economic Development Strategy (CEDS) was the need for shell buildings in the region.

Commissioner Ryan Mayberry said the new building will help diversify the economy in Alexander County.
“The reason we’re involved in economic development is that we don’t want to wait until we have another recession, and have all of our eggs in one basket,” Mayberry said. “What we’re trying to do is diversify our local economy so that more people are working here, and not traveling outside of the county. This will be a great thing in the long run in terms of property tax revenues and new jobs, as the proceeds from the sale of the building will be reinvested to construct the next one.”

David Icenhour, Executive Director of the Alexander County EDC, is enthusiastic about the new building. “We believe this new building will result in the future creation of approximately 50 new jobs that pay above the average county wage, accompanied with private investment of about $10 million,” Icenhour stated. “With the success we’ve experienced with the previous two shell buildings at the Alexander Industrial Park, it’s exciting to have another building in the works. I’m thankful to the Board of Commissioners for having the vision to make this project a reality.” Icenhour said the new building will be marketed through the Economic Development Partnership of North Carolina (EDPNC), the Charlotte Regional Partnership, and online at www.onerailofasite.com and www.alexanderedc.org.

The timeline is for the building to be completed by early 2020.