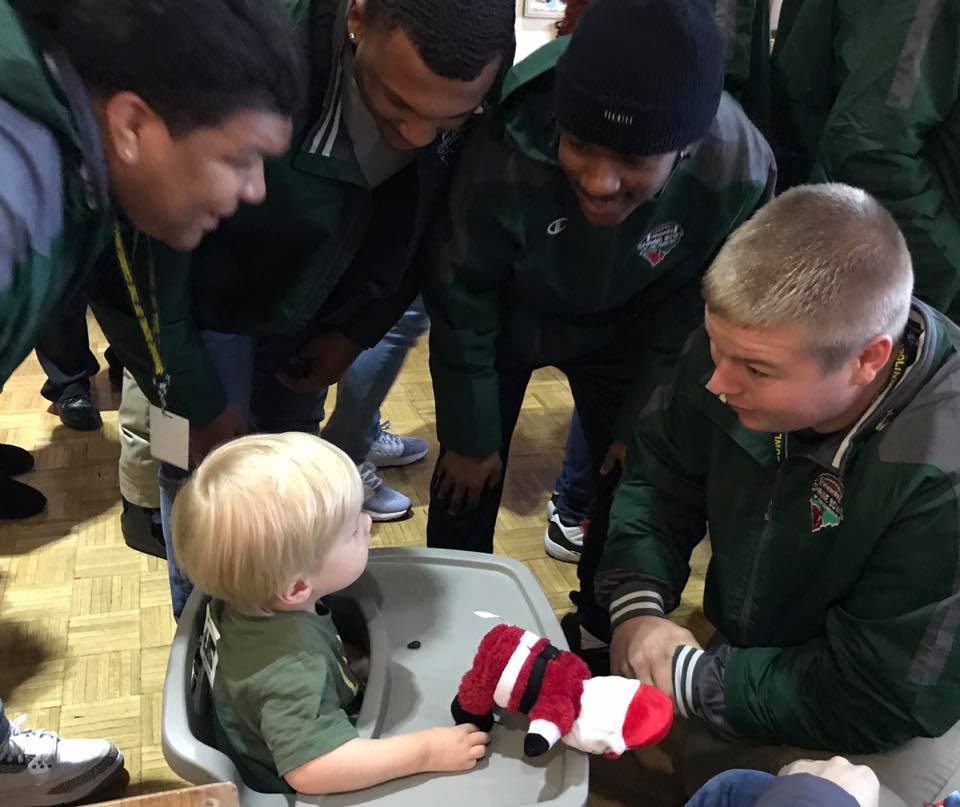 It’s not just football at the Shrine Bowl. It’s about a lot more. Alexander Central’s Isaac Chapman and some his North Carolina teammates spend some quality time with one of the children at Shriner’s Children Hospital in Greenville, South Carolina. Isaac is only the sixth player in Cougar Football history to be selected to the prestigious event to be played Saturday at Wofford College in Spartanburg. Isaac’s nickname is “Nasty” but that’s on the field. It looks like he and his fellow North Carolina players understand what’s really important !