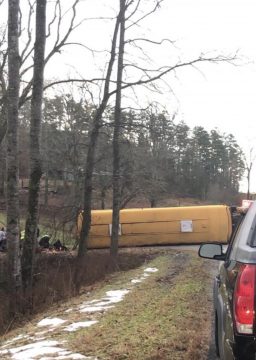 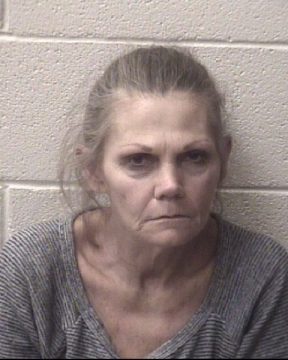 In a report published today in the HICKORY DAILY RECORD, 56 year old Kimberly Ann Austin of Taylorsville was traveling at 71 miles per hour when her can made contact with the bus on Icard Ridge Road the morning of December 19th. Patrol Master Trooper Jeffrey Swagger indicates that Austin had reached a speed of 86 miles per hour.

The crash happened shortly after 7:30 am. According to the troopers investigating the accident, the bus was about 500 yards from the entrance of West Alexander Middle School. A passenger car, driven by Austin was heading south when the two vehicles collided. The bus went off the roadway and overturned. The passenger car ended up a short distance away down an embankment. The driver of the bus along with 13 of the 19 students aboard were injured and transported to local hospitals. Austin’s 10-year old grand daughter, who was riding with Austin was also sent to a hospital.

Austin is charged with driving while impaired, driving left of center, and two counts of child abuse. She has a number of court appearance scheduled including Monday, February 11th in Taylorsville.