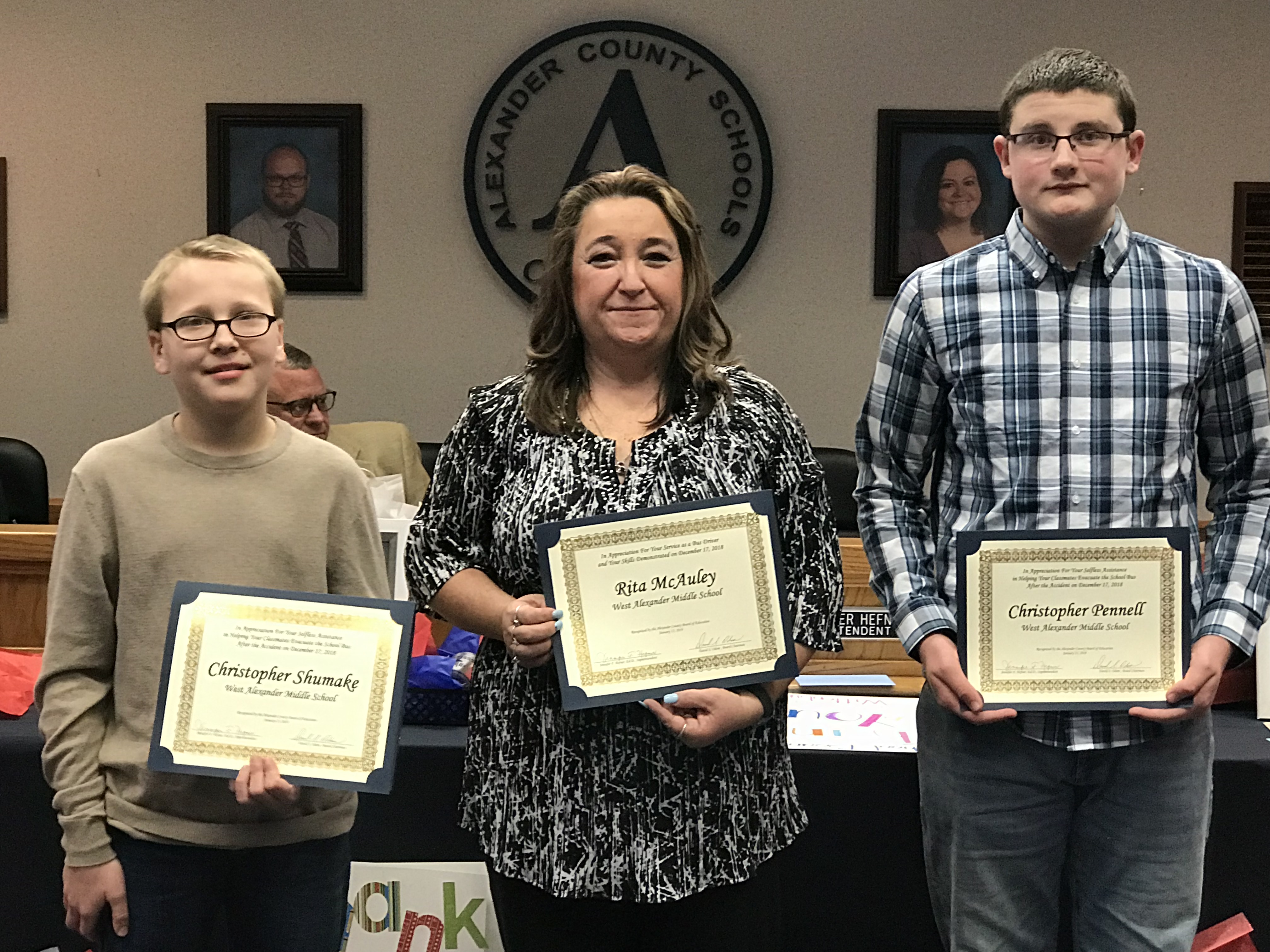 Rita McAuley is a veteran school bus driver with 18 years of experience driving a bus in Alexander County. On Dec. 17, while transporting students to West Alexander Middle School, her bus was hit by an on-coming car causing the bus to skid and roll onto its side. The school board members and audience gave Rita a standing ovation as she received her certificate.
“Rita was praised by the state trooper on the scene and Transportation Director, Mr. John McCurdy, for reacting quickly to the impact which prevented the bus from overturning. Had the accident happened a little differently, the bus most likely would have flipped multiple times,” stated Dr. Jennifer Hefner during the presentation. “A well-skilled driver is our greatest asset on a school bus, and we recognize Rita McAuley this evening not only for her service, but also for her driving skills and love for her students.”

Two students, Christopher Pennell and Christopher Shumake, were recognized for their efforts to assist other students after the bus accident.  The two helped the other students exit the school bus safely as emergency personnel were arriving on the scene.
Christopher Pennell is the son of Travis and Hope Pennell of the Ellendale community. Christopher Shumake is the grandson of Ann Anderson and is also from the Ellendale community.  These young men also received a standing ovation.