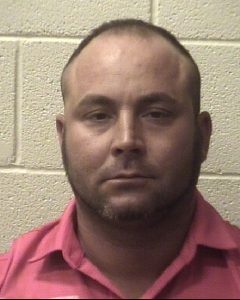 Jason Daniel Clary is back in custody. The Alexander County man charged with the 2016 shooting death of 35 year old Travis Harold of Hiddenite was returned to jail this afternoon. Clary was free on pre-trial release under a $1 million dollar bond awaiting a second trial. On September 12th a mistrial was declared by the judge who presided over the trial that lasted nearly a month. Clary was granted the same pre-trial release he had been awarded prior to that initial trial. On September 27th, Clary had his curfew extended during a hearing.

Clary failed a drug screen as stipulated by court order, testing positive for methamphetamine. The Alexander County Sheriff’s Office took Clary into custody this afternoon and he is currently being held without bond in the County Detention Center.