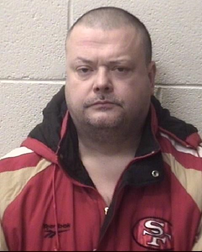 The Alexander County Sheriff’s Office has released information regarding the arrest of Roger Lee Dyson Jr., age 47 of Taylorsville. Dyson is charged with felony first degree statutory rape of a child under the age of 13, four counts of felony first degree statutory sex offense with a child under 13, and four charges of indecent liberties with a child. The charges stem from incidents that allegedly took place betweeen August and October of 2018 in Alexander County.

Dyson was taken into custody at his residence on Thursday and placed in the Alexander County Detention Center under a secured bond of $1.5 million dollars. He is scheduled to appear before a judge on Monday in Taylorsville. The investigation is ongoing according to information released this morning.