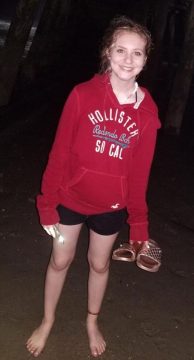 The missing 13-year-old girl who was believed to have been in danger after she was last seen getting into a car with two men who have outstanding felony warrants early Monday morning has been found.
The Wilkes County Sheriff’s Office said Abigail Cecile, 13, was last seen at 1 a.m. Monday at the travel plaza at U.S. 421 and Highway 16 getting into a red car.
Cecile was located unharmed Monday evening.
Deputies said Cecile may have been in the company of two white men operating the red car, possibly a VW Golf with a sunroof.
The men were identified as Steven Steelman, 26, and Jerry Carpenter, 45.
It’s unknown if Steelman and Carperter have been taken into custody. More to follow !