A man is in custody following a vehicle chase in Alexander County on New Years Eve. According to a release from the Alexander County Sheriff’s Office, a deputy responded in reference to a suspicious vehicle complaint on Walker and Bryant Road in the Ellendale Community. The vehicle was quickly located. The driver of the vehicle refused to stop and a chase ensued. The chase continued onto Three Forks Church Road, Chapman Mill Road, and eventually onto Oxford School Road. According to Sheriff Chris Bowman speeds reached 85 miles per hour during the pursuit. The driver of the suspect vehicle entered a driveway and refused commands by officers to exit. After multiple commands to exit, a deputy deployed a taser and the suspect was arrested. 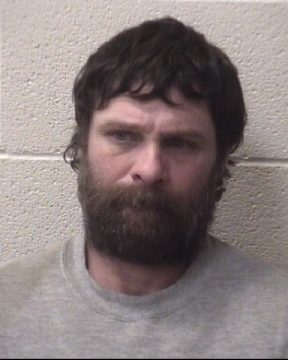 The driver has been identified as Steven Wayne Fidler, age 45 of Taylorsville. He was charged with Flee/Elude Arrest in Motor Vehicle, Resisting Arrest, Fail to Heed Lights or Siren, Driving While Impaired, Parole Violation, and Driving While License Revoked. He was also wanted for a Parole Violation in Richmond County. Fidler was placed under a $25,000 secured bond for the charges in Alexander County, and is being held without bond for the Parole Violation out of Richmond County. Fidler has a first appearance scheduled for Monday, January 7, 2019 in Alexander County District Court.