Appalachian State has found its next head football coach.

The school’s board of trustees will meet this morning to approve a contract for Eliah Drinkwitz, according to a person close to the pending hire. The 35-year-old coach has spent the last three seasons at the offensive coordinator and quarterbacks coach at N.C. State. 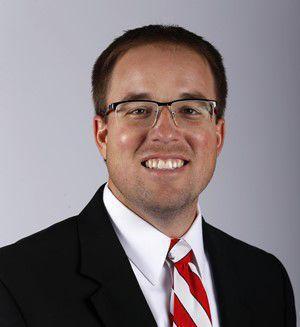 When his hiring is made official, Drinkwitz will become the 21st football coach in Mountaineers history. He will take over for Scott Satterfield, who was hired by Louisville after six seasons at App State that featured three bowl wins and three conference championships.

Appalachian replaces the coach who formed the spread offense it runs today with a rising star in the coaching ranks.
During his nine years as a college coach, Drinkwitz has been associated with high-scoring teams throughout the FBS level. His career includes stops at Auburn (2011), Arkansas State (2012-2013) and Boise State (2014-2015) before the past three seasons with the Wolfpack.
In Raleigh, Drinkwitz directed an offense that saw increased performance every season. N.C. State went from averaging 27 points per game in 2016 to 35.6 this season. The Wolfpack’s average total offense increased from 416.7 to 471.5 over the same timespan.
Drinkwitz also developed quarterback Ryan Finley into an NFL Draft prospect. Finley passed for 3,789 yards and 24 touchdowns during the 2018 regular season. He’s thrown for at least 3,000 yards in all three of his N.C. State seasons under Drinkwitz.

Drinkwitz was hired by N.C. State in 2016 to replace Matt Canada. A 14-year coaching veteran, Drinkwitz spent his first five seasons as a high school coach in Arkansas.
He inherits the third-youngest team in the nation that’s loaded with talent for the 2019 season. The Mountaineers leading passer (Zac Thomas, 1,862 yards and 18 touchdowns), leading rusher (Darrynton Evans, 1,709 yards and seven touchdowns) and leading receiver (Corey Sutton, 695 yards and eight touchdowns) are all sophomores.
As a whole, Appalachian will lose only four full-time starters for next season.​