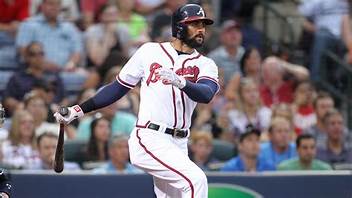 The Atlanta Braves have addressed an outfield need – with the same person who manned the position the last four years.

Nick Markakis is staying with the Braves on a one-year deal which includes a club option, The Atlanta Journal Constitution confirmed Tuesday. His base salary for 2019 is $4 million, with the option worth $6 million (with a $2 million buyout), as first reported by The Athletic’s Ken Rosenthal.