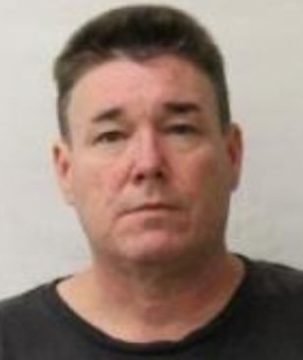 Authorities are seeking a Denver, NC, man who eluded deputies Sunday night (February 17) after he managed to escape from a patrol car in handcuffs and flee into the nearby neighborhood.

Lincoln County Sheriff’s deputies had responded to the 4200 block of Burnwood Trail in Denver in connection with a possible break-in in progress. The reporting party told officers that the suspects had left prior to their arrival. Deputies checked the area and located a vehicle nearby occupied by three people. No one in the vehicle had a valid driver’s license. The man in the driver’s seat was identified as 50-year-old Clarence Jackson Crutchfield of Denver.

When deputies checked the names of the occupants with the Lincoln County Communications Center they learned that Crutchfield had multiple felony warrants. Crutchfield was taken into custody, handcuffed and placed in the back of a patrol car. After securing the prisoner the deputy then walked over to a nearby building and camper where another suspect may be hiding but did not locate anyone. On his way back the officer stopped to speak to his Sergeant before returning to his vehicle.

When the deputy got back to his patrol car the rear window was down and the prisoner gone. Deputies searched the surrounding area but could not find the suspect. The Denver Fire Department responded to assist in the search along with a K-9 unit from the Lincolnton Police Department. The K-9 tracked the suspect to a location in the 4500 block of Highway 16 Business. Deputies searched an occupied building at that location but could not find the suspect.