Around 2am, officers responded to a residence on Poplar Springs Road in Eastern Alexander County. Information received indicated a male subject was barricaded in a bedroom and was making concerning statements. 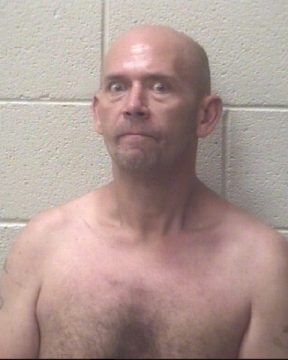 Officers learned the male inside the home was 39-year old Brandon Bowen Warren ( No address given). Warren had a list of outstanding warrants from Martin County, North Carolina that include child abuse and indecent liberties with a child.

Officers attempted to communicate with the subject but he refused to respond.

Forced entry to the residence resulted in Warren being taken into custody. He was not armed and was taken to an area hospital for observation and treatment.

Warren is charged with vandalism with damage to real property, resisting arrest and the outstanding warrants from Martin County. He is being held in the Alexander County Detention Center with a bond listed at $55,000.

No injuries were reported.

We anticipate more information from the Sheriff’s Office on Monday, check back for updates.