A man was stabbed Sunday and a woman has been charged. According to a news release, The Alexander County Sheriff’s Office responded to a residence on Highway 90 West in the Ellendale Community after report of a stabbing. Samuel Eugene Keller had suffered multiple stab wounds to his abdomen and was transported by Alexander County EMS to Frye Regional Medical Center in hickory. Keller was treated and later released. 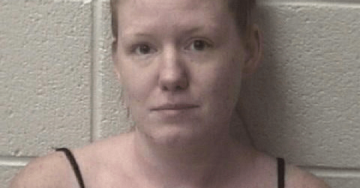 Officers located a suspect a short time later identified as 26 year old Tristan Richards. She was charged with assault with a deadly weapon inflicting serious injury. She was placed in the Alexander County Detention Center under a secured bond of $15,000. She is scheduled to appear in court on November 5th in Taylorsville.