An Alexander County man is on trial in Superior Court for seven counts of attempted murder and a long list of other charges after he fired at law enforcement officers during a standoff in 2018. 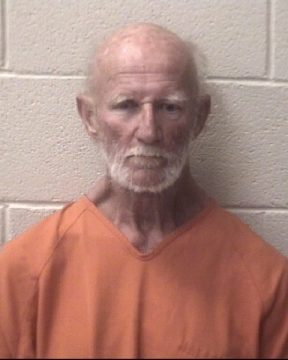 Shortly before midnight on October 5, 2018 Alexander County Sheriff’s Deputies along with Hickory Police went to the residence of Ralph Walter Aldridge on Antioch Church Road in Western Alexander County. Hickory Police intended to serve an involuntary commitment order on Aldridge. Aldridge had allegedly made numerous threats directed to Frye Regional Medical Center in Hickory. When officers arrived shots were fired from inside the Aldridge home. Officers retreated as a safety precaution.

Alexander County Sheriff Chris Bowman said that one Sheriff’s Office vehicle was struck with gunfire. No officers fired their weapon. Sheriff Bowman estimates the suspect fired 10 to 12 shots. The Alexander County Sheriff’s Office Special Response Team was deployed to the scene. Aldridge made multiple threats to the officers. There is no indication of anyone else being in the Aldridge home. At least ten canisters of tear gas were injected into the dwelling but Aldridge refused to surrender.

Around sunrise on October 6th, officers entered the home and Aldridge fled through a garage door where he was quickly apprehended.

Aldridge is now 70 years old and has been held in the Alexander County Detention Center since his arrest.

Jury selection has been completed.