The Following is a news release from Hickory Police: 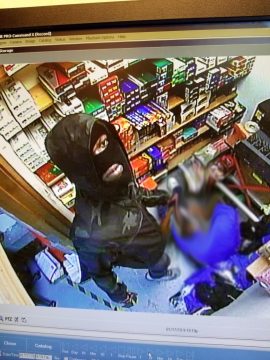 On Thursday, January 17, 2018 at approximately 8:52 P.M., Hickory
Police responded to the Speedway gas station located at 4431 N Center Street
reference an armed robbery. During the robbery the suspect entered the store,
displayed a handgun, demanded money and forced the clerk into a backroom.
After obtaining an undisclosed amount of money the suspect fled on foot.
The suspect is described as being approximately 5’9”, Black male, wearing a green
camouflage jacket, dark mask, white and black tennis shoes and dark colored jeans. 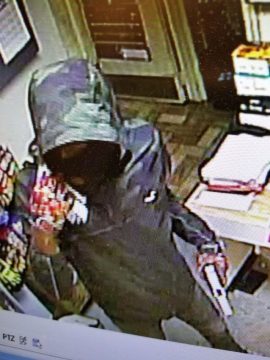 Anyone with information regarding this on-going investigation is encouraged to
call the Hickory Police Department at 828-328-5551 or contact Inv. D. Bailey
directly at 828-261-2687

*Note* The store mentioned in the release is located on Highway 127, less that one mile from the bridge in the Bethlehem Community