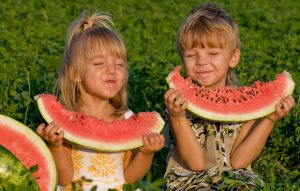 It’s Watermelon Day ! Let’s have some

1492: Christopher Columbus set sail from Spain. He would discover (by accident) the Americas

1859: The American Dental Association is founded

1900: The Firestone Tire and Rubber Company is founded

1949: The National Basketball Association is created

1958: The world’s first nuclear submarine, the USS Nautilus, becomes the first vessel to complete a submerged transit of the geographical North Pole

2004: The Statue of Liberty re-opened to the public. The site had been closed since the terrorist attacks on the U.S. on September 11, 2001

Weather: Sunny and hot, high of 92

Sports: 80 Cougar Football players on practice field Tuesday…Dolphins get sacked by the NFL…Panthers have linebacker woes…Insane day of trades in Baseball…Braves rout Phillies…Vin Scully has died, quite simply he was the best

Went to Cougar Football practice on Tuesday. It made so happy to the young men out there, I darned near teared up

Quote of the Day” “If you go long enough without a bath, even the fleas will leave you alone”…Ernie Pyle (Born this day in 1900)