It’s the final day of Spring

Happy National Vanilla Milkshake Day. It’s been a while since my last one

1782: Congress approves the Great Seal of the United States with the bald eagle as its symbol

1972: An 18½-minute gap appears in the tape recording of conversations between President Richard Nixon and his advisers regarding the recent arrests of his operatives while breaking into the Watergate complex. 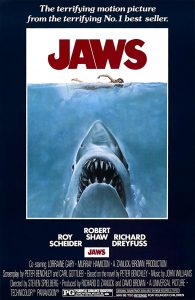 1994: O.J. Simpson is arraigned for the murders of Nicole Simpson & Ronald Goldman

1999: Payne Stewart wins the US Open at Pinehurst

Weather: Sunny with a high around 85. Back in the Oven on Tuesday with mid 90’s

Sports: A Britt takes the US Open…Game III of Stanley Cup Finals tonight…Hornets looking for coach again after being left at the alter…Davidson says goodbye to a legend…College World Series underway…Yankees off to record start

Quote of the Day: “I don’t know anybody who’s any good who isn’t nuts”…Martin Landau (Born this day in 1928)