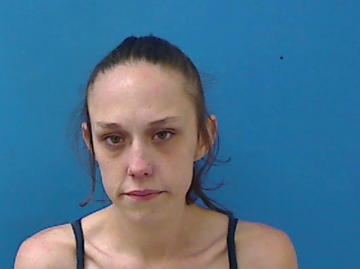 32-year old Jessica Dawn Flynn was given an active prison sentence following her conviction for felony death by vehicle and driving while impaired. 25-year-old Randy Kyle Holmes was killed in the June 21, 2019 crash when the motorcycle he was operating was struck by a vehicle being driven by Flynn.

Court documents say the investigation showed that on the day of the fatal crash Flynn’s vehicle came out of a curve while traveling along Lowrance Road in eastern Catawba County, crossed the center line and struck a motorcycle ridden by Holmes in his lane. Holmes died at the scene. Flynn suffered minor injuries and was released to law enforcement. Her 1-year-old daughter and 7-year-old niece were in the vehicle at the time of the crash but were not hurt.

Flynn admitted that she had taken numerous controlled substances and smoked marijuana about an hour prior to the crash.

A toxicology screen was conducted and showed the presence of marijuana, Alprazolam, Oxycodone and Diazepam in Flynn’s system.