Plans are coming together for Alexander County’s wireless broadband expansion project. County commissioners approved a proposal from Open Broadband LLC at their February 1st meeting. Since that time, Open Broadband staff and county staff have further developed the broadband expansion plan which will provide internet service to unserved and underserved areas of Alexander County.

The public-private partnership will cost an estimated $388,000 with a 50/50 funding split between the county and Open Broadband.

“While the goal of the project is to provide broadband service to as many residents and businesses as possible, the emphasis is to provide service to those who are unserved or underserved because they are the ones who need it the most,” said Larry Yoder, Chairman of the Alexander County Board of Commissioners. “High-speed internet isn’t just something that people want these days, it’s a true need. I’m proud that the county is embarking on this exciting project that will benefit a lot of our citizens.” 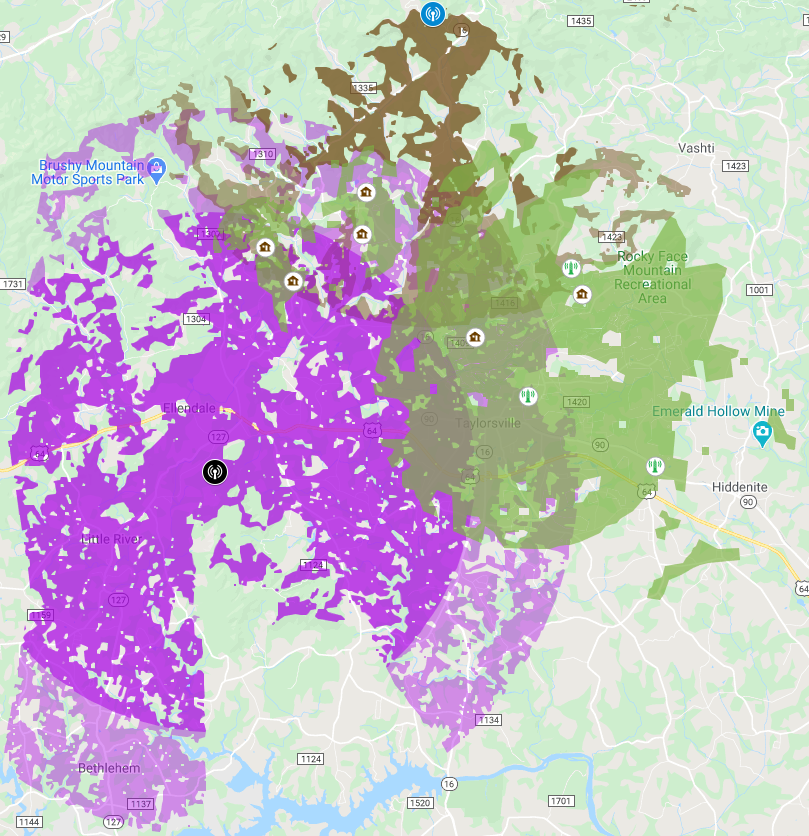 The expansion project will be implemented in two phases. Phase one, which is estimated to serve 650 customers, includes installation of additional equipment on the Linney’s Mountain tower, which will provide the backhaul for equipment to be installed on existing towers on Willie McLeod Road and atop Moore Mountain. These towers will serve customers in portions of the northern, northwestern, western, and southwestern areas of the county.

The timeline for phase one calls for preconstruction planning, ordering equipment, and promoting the market expansion by May 18. Equipment installation will be completed by August 16. Open Broadband crews will then conduct system performance testing, network testing, and begin customer installations by October 15. Phase one should be complete by December 15.

Open Broadband and county staff continue to work on the details of phase two, which will mainly serve the northeastern and southeastern areas of Alexander County. Once the details are finalized, work is expected to begin on phase two this October.

Alan Fitzpatrick, CEO of Open Broadband, said he is excited to partner with Alexander County to provide improved internet access to hundreds of residents.

“Providing high-speed internet in underserved communities is our company mission, and we are delighted to partner with the county on broadband expansion,” said Fitzpatrick. “The new fixed-wireless equipment we’ll deploy is more powerful than in the original pilot program, and we expect to provide speeds to qualifying addresses of 50-250 Mbps.”

Those interested in broadband service with Open Broadband should join the waiting list at www.openbb.net/alexanderco. In addition, Open Broadband employees will be conducting signal testing at homes in the serviceable areas and placing door hangers to inform the homeowners of internet availability.

Open Broadband offers speeds from 25 Mbps to 1 Gbps with unlimited data, no throttling, low latency (for streaming, gaming, and meetings), no contracts, and no hidden fees. They offer residential and business services.

Currently, Open Broadband has approximately 135 customers in Alexander County as a result of the recent pilot program with the Economic Development Corporation. They continue to do installations for homes and businesses that can be served with the current infrastructure.