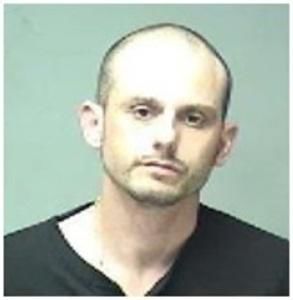 A man is in custody following a chase that ended with a crash early Monday morning in Statesville. Statesville Police Officers stopped a silver Chevrolet Trailblazer for an equipment violation around 4:40 a.m. Monday. The vehicle was reportedly occupied by a driver and two passengers, and the vehicle took off as the officer approached. The vehicle headed east on Interstate 40. 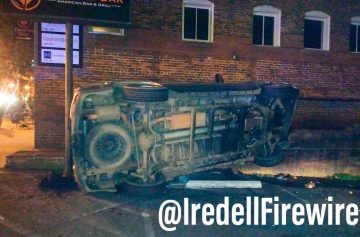 The chase continued onto Wilkesboro Boulevard when the driver let the two passengers out and fled the scene at a high rate of speed. The chase continued until the driver struck a brick wall and overturned in a parking lot off Water Street. 36 year old Mathew Robert Budney was taken into custody after being treated for minor injuries at a local hospital. Budney is charged with felony speeding to elude arrest, possession of methamphetamine and possession of drug paraphernalia. He was also issued multiple citations for traffic and vehicle equipment violations, and driving while license revoked. He was placed in the Iredell County Detention Center under a secured bond of $10,000. The passengers who were in the suspect vehicle will not be charged.