The Zuiderzee sea wall in the Netherlands collapses, killing over 50,000 people in 1287

1999: Charles Shulz announces he is retiring the “Peanuts” comic strip by February ,2000

2012: Twenty-eight people, including the gunman, are killed during a school shooting at Sandy Hook School in Newtown, Connecticut

In the News: Alexander County Schools on regular schedule today… Bomb threats is Statesville and Boone,,,Ellendale bridge to be replaced…Former assistant director of Humane Society in Burke County sentenced to prison in Federal Court…Texas woman nabbed in Catawba County for trafficking heroin…

Sports: Cougar men get win at Patton…Chapman to play in Shrine Bowl Saturday…App get a new coach…Chargers win a thriller…Panthers wait for Monday…Canes fall at Montreal 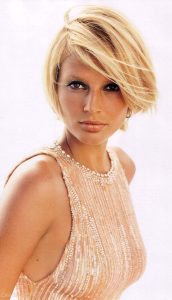 Good luck to Isaac Chapman as he represents us in the Shrine Bowl Saturday. Show them why I call you Nasty !

Do you buy Gift Cards ? Apparently they are quite popular. The National Retail Federation says almost $30 billion will spent this Holiday season on Gift Cards

I overheard some people talking about hiding Christmas Gifts. I knew where my parents hid them and I didn’t look. I know that’s hard to believe but it’s true

Quote of the Day: “Are you going to come quietly or do I have to use earplugs?”…Unknown