An arrest has been made and Hickory Police are searching for a second suspect following the shooting death of a Lenoir-Rhyne football player. 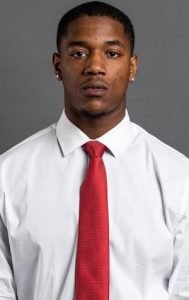 19-year-old Omari Drovon Alexander was found sitting in the driver’s seat of his vehicle with multiple gunshot wounds on the morning of Saturday, November 20th. Officers responded to an apartment complex off the Lenoir-Rhyne campus and attempted to provide medical aid to Alexander until Catawba County Emergency Medical Service arrived on scene. Upon arrival, Paramedics evaluated Alexander and pronounced him deceased. He is reported to have suffered multiple gunshot wounds.

On Monday, Hickory Police announced the arrest of 20-year old Hailee Maureen Melanson of Conover. She has been charged with felony accessory after the fact of murder. Melanson is being held without bond in the Catawba County Detention Center in Newton. 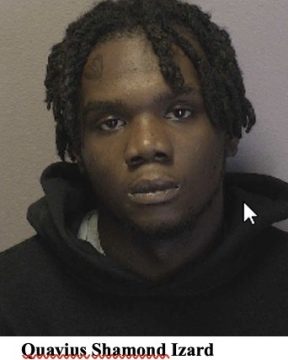 Police are searching for 21-year old Quavius Shamond Izard. He has been charged with 1st degree murder and should be considered armed and dangerous according to a release.

Citizens with information as to the whereabouts of Izard are urged to contact the Hickory Police Department at (828) 328-5551.

A memorial service for Alexander was held on the Lenoir-Rhyne campus on Monday.