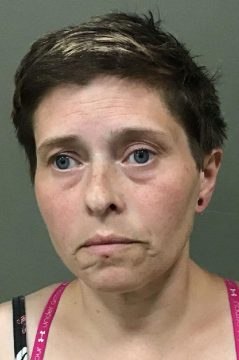 A woman arrested for the hit and run deaths of a man and a woman last year in Wilkes County will serve at least 12 years in prison.

44-year old Kelly Diane Snapp of Wilkesboro was sentenced to 12-14.5 years (146 to 200 months) after pleading guilty to two counts of felony hit-and-run resulting in death and felony death by vehicle. Killed in the incident were Chase Eugene Crawford, 35, and Stephanie Lynn Chahoy, 40, both of North Wilkesboro. The bodies were found on June 6, 2021, beneath Curtis Bridge near the Yadkin River.

Wilkesboro Police found Snapp’s damaged vehicle at her home and matched it to debris and other evidence from the scene of the incident.

Reports state that Snapp was impaired by drugs at the time of the crash.