The Long View Police Department has released the following information regarding the death of a child and the arrest of two women charged in connection with the death.

Tragically, the child was pronounced dead on November 7, 2021, at Frye Regional Medical Center. The child’s name will not be released at this time.

Immediately, following the notification by the Hickory Police Department, investigators with the Long View Police Department and agents with the N.C. State Bureau of Investigation conducted a crime scene search at a residence located on 24th Street SW in the Town Limits of Long View.

On November 10, 2021, an autopsy was conducted at Wake Forest Baptist Hospital in Winston-Salem. Investigators continued the investigation awaiting the final autopsy report.

On March 28, 2022, Investigators received the final autopsy report from the North Carolina Office of the Chief Medical Examiner which determined the cause of death to be the toxic effects of fentanyl.

On Monday, April 18, 2022, Investigator J. Rector with the Long View Police Department presented testimony in regards to this investigation to a Catawba County Grand Jury. The Grand Jury returned True Bills of Indictment on Haley Odessa Godshall and Daisy Renee Bare for the Felonious charge of Involuntary Manslaughter as a result of the child’s death. 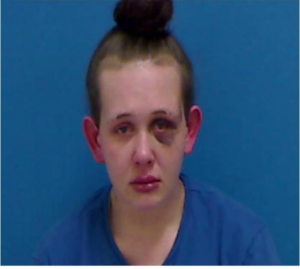 On Thursday, April 21, 2022, Haley Odessa Godshall was served with the True Bill of Indictment, charging Felonious Involuntary Manslaughter and was placed under a $100,000.00 (One Hundred Thousand) secured bond by a Catawba County Magistrate. 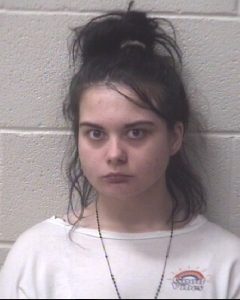 On Thursday, April 21, 2022, Daisy Renee Bare was served with the True Bill of Indictment for Felonious Involuntary Manslaughter and was placed under a $1,000,000.00 (One Million)secured bond by an Alexander County Magistrate. Bare was being held in the Alexander County Detention Center on a March, 2022 charge for felony larceny of a motor vehicle.