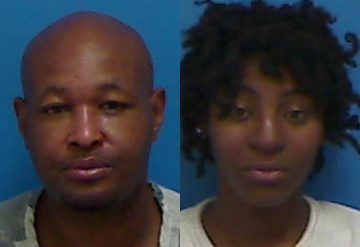 45-year-old Endiaye Tyre Jefferson and 23-year-old Amira Nichole McAfee, both of the same address on Crestview Drive in Charlotte, have been arrested by Catawba County Sheriff’s Officers. They were both charged with felony larceny, along with counts of possession of stolen goods or property and resisting a public officer. Jefferson was also charged with providing fictitious information to an officer, reckless driving to endanger, fleeing to elude arrest with a motor vehicle, driving while license revoked, driving the wrong way on a dual lane roadway, and possession of burglary tools. He was also served a warrant as a fugitive awaiting extradition to another state.

Jefferson and McAfee were transported back to Catawba County where they were charged and placed in the Catawba County Detention Facility. Jefferson was given a $41,000 bond, while McAfee’s bond was set at $25,000. Both suspects are scheduled to make first appearances in District Court on Friday in Newton.