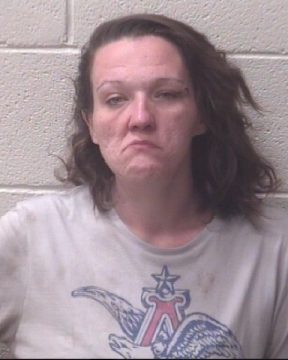 32-year old Amy Nicole Adkins of Taylorsville was arrested on Thursday, July 29th. She was charged with second-degree trespassing and placed in the Alexander County Detention Center. As of Monday morning she remained in custody with a bond set a t $1,500. A September 26th court date is listed.