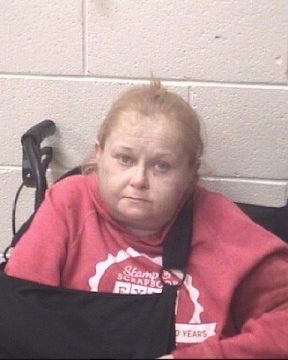 On May 23rd, the Alexander County Sheriff’s Office arrested 37-year old Stephanie Anderson Williams and charged her with felony possession of methamphetamine, felony conspiracy and misdemeanor possession of drug paraphernalia. She was released on a secured bond of $150,000. Williams made an initial court appearance in Alexander County District Court on May 31st and is now scheduled to appear on June 13th.

Court records indicate that Williams has a long list of pending charges in Iredell County that include felony possession with intent to manufacture sell and deliver methamphetamine and felony probation violation. Her next scheduled court date in Iredell County is June 14th.